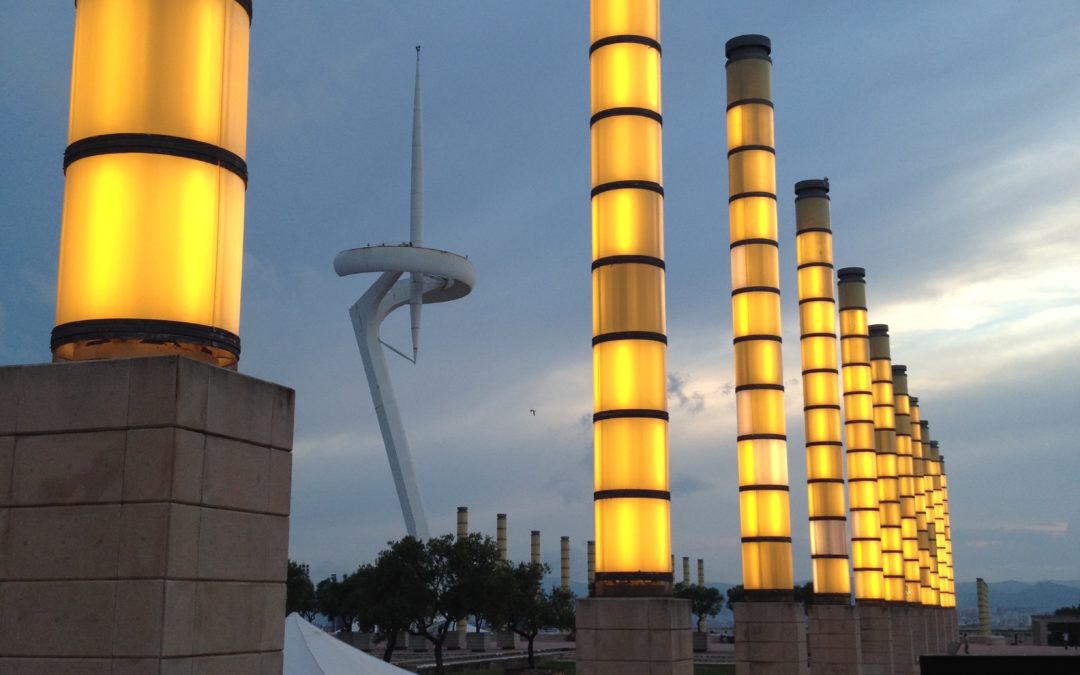 This year we commemorate the 25th anniversary of the summer Olympics in Barcelona. The opening ceremony took place on the 25th of July and the closure was the 9th of August 1992. It was the first time the Olympics took place in Catalonia, Spain.

For the first time in the history of the Olympic games there was a great number of participants who because of their professional status couldn’t participate in former editions (it was the first time the US sent NBA players to play basketball – the famous “Dream Team”).

The biggest sport event and celebration after the historical and political changes in Central and Eastern Europe and South Africa. An unforgettable opening ceremony which 65 thousand people witnessed at the Olympic stadium and almost 3 billion people watched all over the world on television.

To this day I sing the melody of the official song performed by the lead singer of Queen, Freddie Mercury and the Spanish soprano Montserrat Cabelle (as a reminder I must say that the song was not performed live at neither the opening or closing ceremonies as Freddie Mercury passed away on November 24th 1991).

I was overwhelmed by the way the olympic torch was lit by the paralympic archer Antonio Rebollo. All of this took place at the Montjuic Olympic Stadium which in 2001 officially changed it’s name to Lluis Companys Olympic Stadium.

I’m sure I’m not the only one who remembers the official dog mascot named “Cobi”.

If my memory is right the first time I came to Barcelona was in the beginning of 1987. I was invited by Carlos Ferrer Salat – the president of the Spanish Olympic Committee and very known banker, industrialist and tennis player. I repeatedly visited the Catalonian capital during the next two years and watched the incredible preparations and changes that took place for the Olympics. Also met lovely people like the President of the International Olympic Committee Juan Antonio Samaranch.

The 25th anniversary of the Olympics in Barcelona marks an event that will go down in history as one the greatest moments in sports. It is also an occasion to “see Barcelona and die” (although we know the original is “see Naples and die”).

In the weeks to come I will gladly share my memories and impressions of Barcelona from the second half of the 80’ until today.

I remember very well the Olympics in Barcelona and unlike the above saying I will try to convince you not to “see Barcelona and die” but live in it and enjoy it. However in order to enjoy Barcelona first you need to get to know it, it’s people and places.