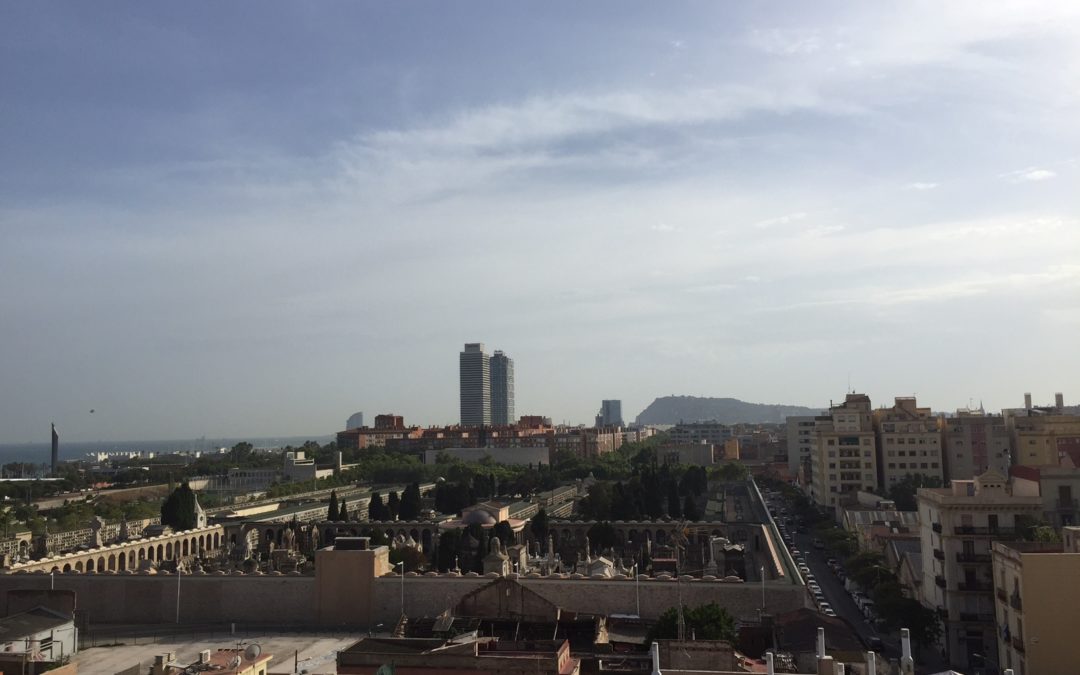 The week after the 25th anniversary of the summer Olympics in Barcelona I go back to those memories and feelings from the late 80’. After the first journey in 1987 the next visits of the Olympic Committee and other observers were meant to show by local authorities the construction and/or renovation of all the sport arenas for this event.

During a rather cold autumn day (I remember because I was wearing an elegant coat which became the center of attention and subject of many questions including the name of the tailor) I was taken to the part of the city where the “Olympic Village” was supposed to be built – I was shocked with the scale of changes! After enjoying the beauty and glamour of avenues like Paseo de Gracia we went straight to the industrial area of Sant Marti close to the oldest urban neoclassic cemetery of Barcelona in the Poble Nou neighbourhood. In the end of the 19th century the area of Poble Nou (bordered by the beaches of Bogatell and Mar Bella) was the most dense industrial area in Spain. We went on a short walk starting from the corner of Rambla Poble Nou and Calvell street in order to explore better the so called “Catalonian Manchester” – full of little houses and mainly factories. After a couple of steps on the Rambla we saw one little house that remains the same still today (!) with little windows and doors covered in plants and flowers. Moving away from the sea towards the Diagonal avenues we started seeing warehouses that were turned from factories and storage rooms into lofts and ateliers creating a certain art and design atmosphere. However Catalans haven’t forgotten their history and didn’t destroy the buildings, instead they gave them another usage and a second life in order for locals and tourist to enjoy them. As a symbol of the effort of the neighbours we can still spot today the chimneys of some industrial buildings that were left as an homage and memory of what the area used to be.

Today it’s worth to come to this area not only to see what was done for the Olympics but also to enjoy a wonderful gastronomic and cultural offer. When I go the Poble Nou neighbourhood I always stand at the beach on the end of their Rambla and think about that grey autumn day when back then mayor of Barcelona Pasqual Maragall talked about the progress of works in front a small group of diplomats I was in. I look with astonishment at the modern surroundings with the exception of the old factory chimneys – monuments of history. I also look at the fantastic beaches of Bogatell and Mar Bella and the beautiful people jogging and riding their bikes.

However I also don’t forget the lovely Paseo de Gracia, last time I took a walk all the way from Plaza Catalunya to the Vila de Gracia stopping for a coffee in the breath taking Casa Fuster hotel build by Lluis Domenech i Muntaner. I also wanted to get something to eat in one of the many Bodegas in Gracia but my favorite was closed… I shall come back next time. ← Ensaladilla rusa How the learning curve can affect our performance? →